Philosophical Religions from Plato to Spinoza

From Maimonides to Samuel ibn Tibbon 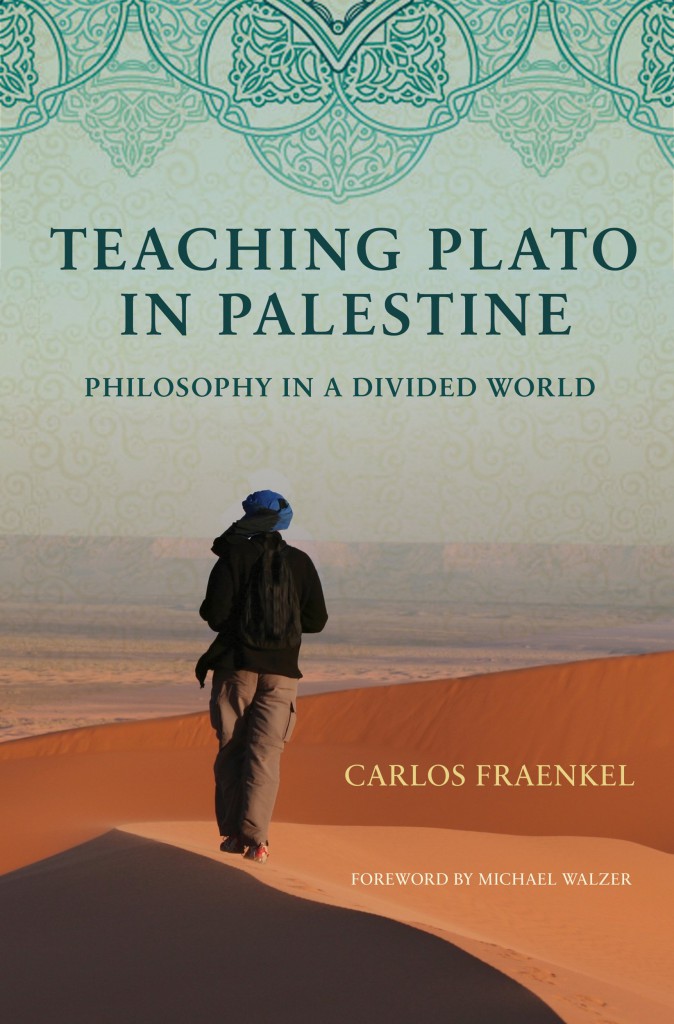 Teaching Plato in Palestine is part intellectual travelogue, part plea for integrating philosophy into our personal and public life. Philosophical toolkit in tow, Carlos Fraenkel invites readers on a tour around the world as he meets students at Palestinian and Indonesian universities, lapsed Hasidic Jews in New York, teenagers from poor neighborhoods in Brazil, and the descendants of Iroquois warriors in Canada. They turn to Plato and Aristotle, al-Ghazālī and Maimonides, Spinoza and Nietzsche for help to tackle big questions: Does God exist? Is piety worth it? Can violence be justified? What is social justice and how can we get there? Who should rule? And how shall we deal with the legacy of colonialism?

Fraenkel shows how useful the tools of philosophy can be—particularly in places fraught with conflict—to clarify such questions and explore answers to them. In the course of the discussions, different viewpoints often clash. That’s a good thing, Fraenkel argues, as long as we turn our disagreements on moral, religious, and philosophical issues into what he calls a “culture of debate.” Conceived as a joint search for the truth, a culture of debate gives us a chance to examine the beliefs and values we were brought up with and often take for granted. It won’t lead to easy answers, Fraenkel admits, but debate, if philosophically nuanced, is more attractive than either forcing our views on others or becoming mired in multicultural complacency—and behaving as if differences didn’t matter at all.

"Carlos Fraenkel thinks that philosophy is essential to a culture of debate that gets us out of our cultural, religious, and intellectual cloisters. We understand ourselves by arguing with others, and understand others by arguing with ourselves. Fraenkel takes these convictions out of the classroom and tests them around the world—from Makassar to East Jerusalem, from Bahia to Brooklyn. The result is a wonderful, engaging, and readable book about the power of philosophy." Joshua Cohen, coeditor of The Norton Introduction to Philosophy

"In Teaching Plato in Palestine, a book that is as subversive and gripping as Reading Lolita in Tehran, we learn what happens when you teach philosophy in the most unexpected places. Fraenkel is a philosopher of immense erudition who has great faith in the healing power of philosophy, yet he is by no means a faith healer. He questions and argues, and he makes a powerful case for the Socratic ideal of leading an examined life." Avishai Margalit, author of The Decent Society

"In this inspiring book, Carlos Fraenkel shows that philosophy can be much more than an academic pursuit and that philosophers can play an important role in public life--not by telling people what to think and do, but by offering intellectual tools to help us think through the big questions we're already grappling with in our conflicted world. Fraenkel's lively narratives are a pleasure to read and take us right into the debates he engaged in from Palestine to Brazil. A wonderful argument for the value of philosophy." Sari Nusseibeh, Al-Quds University, Palestine

Philosophical Religions from Plato to Spinoza 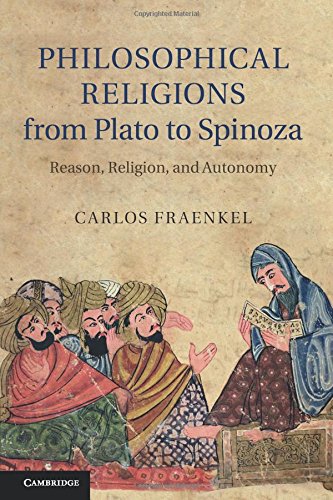 Many pagan, Jewish, Christian, and Muslim philosophers from Antiquity to the Enlightenment made no meaningful distinction between philosophy and religion. Instead they advocated a philosophical religion, arguing that God is Reason and that the historical forms of a religious tradition serve as philosophy’s handmaid to promote the life of reason among non-philosophers. Carlos Fraenkel provides the first account of this concept and traces its history back to Plato. He shows how Jews and Christians appropriated it in Antiquity, follows it through the Middle Ages in both Islamic and Jewish forms, and argues that it underlies Spinoza’s interpretation of Christianity. The main challenge to a philosophical religion comes from the modern view that all human beings are equally able to order their lives rationally and hence need no guidance from religion. Fraenkel’s wide-ranging book will appeal to anyone interested in how philosophy has interacted with Jewish, Christian, and Muslim religious traditions.

"A remarkable and important book … It is one of the great merits of Fraenkel's extraordinary book that he helps us to see beyond the Straussian caricature of medieval philosophy … The book ranges not only across a broad span of history from the Greeks to the eighteenth century, but also across religious traditions that today's more passionate apologists would prefer to hold apart … The most surprising argument of the book … is his revolutionary conclusion that the tradition of philosophical religion has survived into modernity." Peter E. Gordon, The New Republic

"No reasonable person can fail to be impressed by the breadth of learning Fraenkel displays in this study and the care and subtlety with which he approaches his sources. ... I am not aware of any other book that takes on so ambitious a project and executes it so well. ... The book constitutes a major contribution to historical scholarship." Kenneth Seeskin, Journal of the History of Philosophy

"Fraenkel’s philosophical credentials, linguistic skills, and command of the pertinent sources are impeccably displayed in this book. No research into the phenomenon of philosophical religion can be conducted without resort to it as a seminal study, and no course can be taught that relates to it without including it in its syllabus. Rather than categorically convincing and putting an end to further discussion, Fraenkel’s book achieves something far better. It will compel scholars to reconsider texts over which they have long considered to be in command, and stimulate reasoned and lively debate concerning vital issues that are not simply academic in nature. Fraenkel’s book authentically provokes in every good sense of the word, and is itself worthy of Spinoza’s parting words in the Ethics--“all things excellent are as difficult as they are rare.” James Diamond, Iyyun: The Jerusalem Philosophical Quarterly

"This book is a must-read (and re-read) for anyone interested in the contemporary politics of toleration or the uneasy history of the relations between Faith and Reason. With a remarkable breadth of learning and a keen eye Professor Fraenkel charts the efforts by thinkers from Plato through Hegel to integrate sacred texts and practices into larger philosophical and political world-views. This is both first-rate History of Philosophy and for enthusiasts and sceptics alike an eye-opener about the pre-conditions of secular democracy." Calvin Normore, University of California, Los Angeles

From Maimonides to Samuel ibn Tibbon 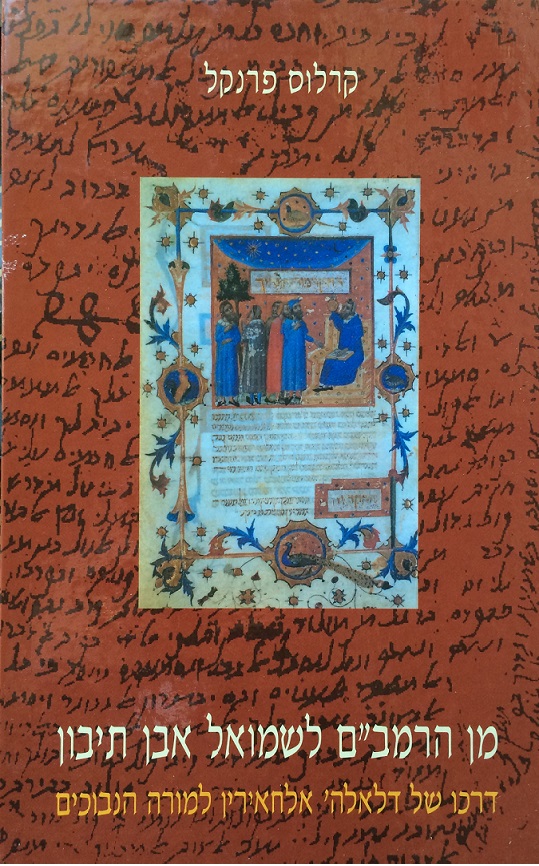 From Maimonides to Samuel ibn Tibbon examines a key intersection of medieval Jewish, Judeo-Arabic, and Greco-Arabic thought: the translation and dissemination of Maimonides' chief philosophical work, the Guide of the Perplexed, through Samuel ibn Tibbon at the beginning of the 13th century in Southern France. Due to Ibn Tibbon's efforts, the Guide became the foundational work of Jewish philosophy until Spinoza and a framework for justifying the reception of Greco-Arabic philosophy and science in the Jewish communities of Christian Europe. The book includes the critical edition of what may be called the first commentary on the Guide: about 100 glosses attributed to Ibn Tibbon that the author discovered through examining 145 manuscripts of his Hebrew translation. This is a substantially revised version of the author's doctoral dissertation that received the Shlomo Pines Prize for outstanding young scholars from the Hebrew University in Jerusalem, as well as awards from the Koret and the Littauer Foundations.

"This is a delightful book. Carlos Fraenkel succeeds in two distinct although related projects. The first is to describe the philosophical agenda of Samuel Ibn Tibbon, the translator of Maimonides' Guide of the Perplexed. ... The second project is to provide a critical edition of all the notes that could be ascribed to Ibn Tibbon. ... He is to be commended for his masterful success in this task. Fraenkel's work is that rare combination, a philologically meticulous study that is also intellectually inspiring." Gad Freudenthal, Aleph: Historical Studies in Science and Judaism